← more from
Oscar St. Records
Get fresh music recommendations delivered to your inbox every Friday.
We've updated our Terms of Use. You can review the changes here. 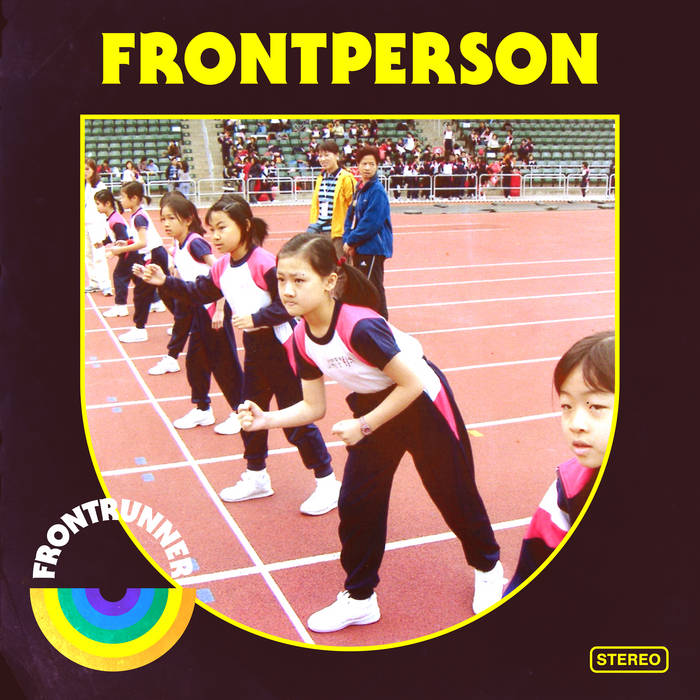 Dominic Pioter The vocals are delicate and the melodies catchy and sublime. I'm in love! Favorite track: Long Night.

“Two of Canada’s finest – Kathryn Calder from The New Pornographers and Mark Andrew Hamilton AKA Woodpigeon – have teamed up as Frontperson for this gorgeous future-folk billow, the sound of being mugged on an idyllic country bike ride by King Gizzard and the Lizard Wizard.” - The Guardian

“Frontperson is the collaboration you didn’t know you needed, but kinda sorta can’t live without now that it’s here. This debut tag-team of Kathryn Calder (the New Pornographers) and Mark Andrew Hamilton (Woodpigeon) sends folk-pop into wild new territories: orchestral swells over 808 beats, pounding rhythms under finger-picked guitars, and some of the most heartbreakingly lovely vocal harmonies this side of Fleetwood Mac. (4/5)” - BUST Magazine

“Excellent songwriting, subtle twists and turns, and the myriad nuances that come from writers with deep record collections. Frontperson are at their best when Hamilton and Calder meet in the lush woodsy intersection of their united assets, creating dark-toned indie pop gems with an enchanted feel like ‘Long Night’ and ‘Young Love.’ The more uptempo ‘Tick Tock (Frontrunner),’ which tonally honors the muted but determined spirit of the album's oddly endearing cover photo, is another highlight on this solid debut. (4/5)” - AllMusic

“A seductive blend with her voice, glassy, ethereal; his, plaintive, sweet.” - MOJO

“Each musician brought songs to Frontperson they hadn’t quite been able to make work in other contexts, which sometimes gives the impression on Frontrunner that they’re finishing each other’s sentences—and making them stronger while they’re at it. From a chance encounter in the hall to a promising debut, let’s count ourselves lucky that Calder and Hamilton have found so much to talk about.” - Paste Magazine

“Indie folk rock that feels softened by nature. It hovers around you, unobtrusive, tame, serene.” - Stereogum

Supported by Creative BC and the Province of British Columbia.

Bandcamp Daily  your guide to the world of Bandcamp